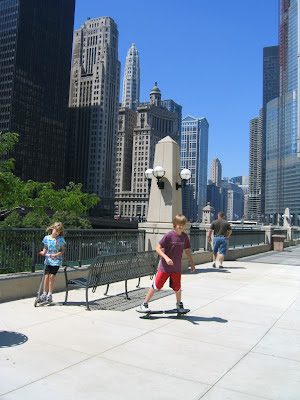 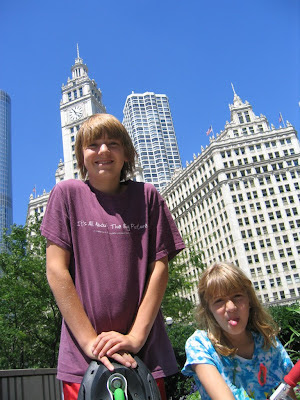 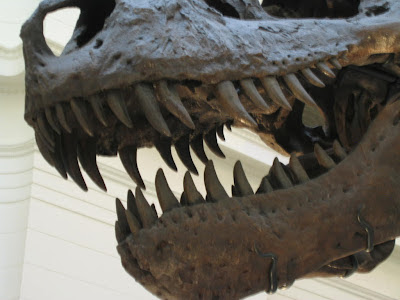 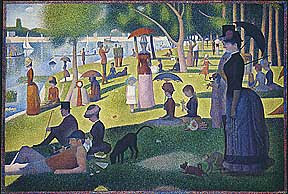 The word Chicago is derived from a Native American word for “smelly onion” or garlic. This is the only fact that sticks in my muddled brain from an architectural boat tour of this beautiful city. The sun is warm on my face and I crane my neck at one building after another, obediently, but my brain is shutting down. I think it’s that we’re all road weary. We’re in the home stretch as Chicago is our final stop before flying back to Portland.

The film Ferris Bueller’s Day Off was a huge hit the year Steve and I got married. It had a lot of influence on our trip planning for Chicago. In the film, the characters go to the Chicago Institute of Art and are struck by one particular work: A Sunday on La Grande Jatte, painted by Georges Seurat in 1884. We decide to show this to the kids since they love the film too. They cruise a good length of Michigan Avenue on their scooter (Gillian) and wave board (Collin). This includes the hotel lobby, sidewalks, a few parks we’re asked to leave and even the lobby of the Chicago Art Institute. They’ll wrap up this trip by gliding through O’Hare’s underground tunnel and lights that connects terminals B and C. See photos above.

We try to see a ballgame, no dice. We try to see a play, sold out. But, you know, this city rocks even without big plans on your schedule. We go to Navy Pier for spectacular Fourth of July Fireworks, eat terrific Italian food at a sidewalk café, and read hieroglyphs with a docent at the Field Museum.

The kids scooter and skate around the Wrigley Building on Michigan Avenue, then we take them to Walgreen’s next door to buy gum. I think about the chompers on the T-Rex at the Field and wonder how much gum it would take to give him chewing satisfaction. That could lead to entirely new savory, meat-flavored Orbit offerings, like Dangerous Diplodocus and Maiasaur Madness. This convinces me that I am definitely road fatigued and ready to sleep in my own bed. Chicago is great, but there’s no place like home.
Posted by Kelley Styring at 10:12 AM